The Wolf Who Came To Dinner – Vancouver Sun 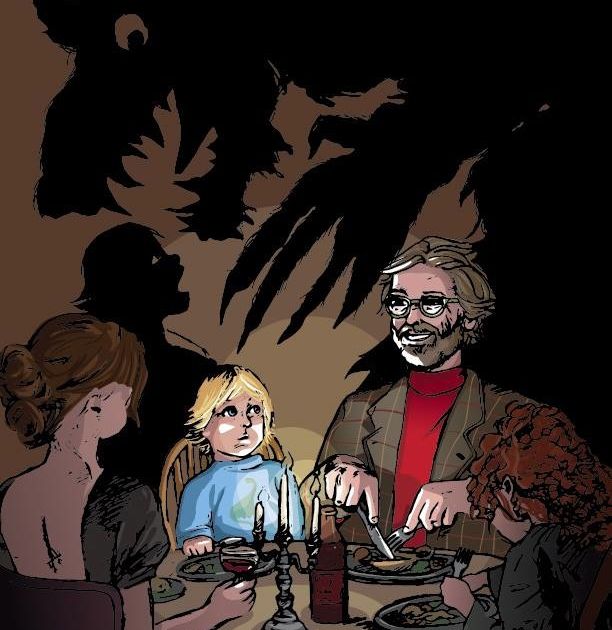 With the tag line, ‘It’s Fast! It’s Fun! It’s Crazy!’, Crazy 8’s certainly lives up to its motto. Recognized as the best way for a filmmaker to launch their careers in BC, Crazy 8’s is an 8 day filmmaking challenge, where emerging filmmakers are given the support and funding needed to produce a short film. This year, with a record breaking 196 submissions, Director and Writer Jem Garrard landed amongst the top 6 winners with the film, The Wolf Who Came to Dinner. With a unique blend of Horror and Family Drama, her film tells a story of little eight-year-old Beatrice Barkley, a horror fanatic. A horror fanatic, that is, with a serious problem: her mom’s brought her new boyfriend home to meet the family, and no-one but Bea seems to notice he’s a werewolf.

This is Jem Garrard’s first time as a director at Crazy 8‘s, but this four-time Leo Award Winner is no stranger to filmmaking. An international globetrotter from London, UK, Jem has experience filming around the world, spending her last 5 years directing music videos, commercials, and documentaries. She has made official music videos for Ringo Starr, Young Galaxy, and Linkin Park, to name a few. You can also recognize Jem’s work in Dial Y for Yesterday, a 2014 Winner of the Crazy 8’s, where Jem acted as the film’s cinematographer. Co-running Artaban Productions in Vancouver, Jem is known as a rising filmmaker with a distinct vision and edge, due to her technical and creative backgrounds.

Accompanying Jem on, The Wolf Who Came to Dinner is Producer Michael Khazen and Co-Producer Beatrice King. Earlier this year, the gang worked seamlessly on a Sci-Fi film written by Beatrice King, and chose to build upon their success as a strong filmmaking team. With over 21 producer credits under his belt, Michael Khazen (a founding partner of High Deaf Productions), has earned the reputation for being one of Vancouver’s most sought after independent producers. He has refined the skill of hand-picking the best crews in Vancouver that deliver outstanding results.

After forming No Skydivers Productions in 2013, Beatrice King started producing her own works, including her first film that debuted at the Oregon Independent Film Festival. As an actor, you can see her on screen in CW’s Supernatural, Warner Brother’s Mortal Kombat: Legacy and in Jem Garrard’snew Sci-Fi short, Eve, slated for a Spring release.

Joining the team is the daring and talented cinematographer, Stirling Bancroft. His stunning work can be seen in Roar, Croft, and the feature films, Bloody Knuckles and The Circle. Dallas Harvey has also been hard at work as the team’s Special FX artist. With over 13 years of digital concept and 3D design experience, and as a prosthetic makeup artist and FX sculptor, Dallas has taken on the large role of creating the epic werewolf prosthetic for The Wolf Who Came to Dinner.

The team is full of talent when it comes to its incredible ensemble cast too. Put together with Kris Woznesensky and Kara Eide Casting, young Beatrice Barkley will be played by the spunky newcomer Audrey Smallman. Madeleine Arthur (Tim Burton’s Big Eyes, The Killing) will take on the role of her sister, Cate Barkley, mother Maria Barkley will be played by the lovely Caroline Cave(Hallmark’s Signed, Sealed, Delivered, CW’s Supernatural) and veteran Vancouver actor Adrian Hough (Strange Empire, Motive) joins the cast in the transformative roles of The Wolf and Henry Woodcraft.

We will get to know more of team Wolf in the coming days, leading up to the kick off of Crazy 8’s 2015. Appropriately, The Wolf Who Came to Dinner goes to camera on Friday the 13th!

For the full article from Vancouver Sun, please click here.