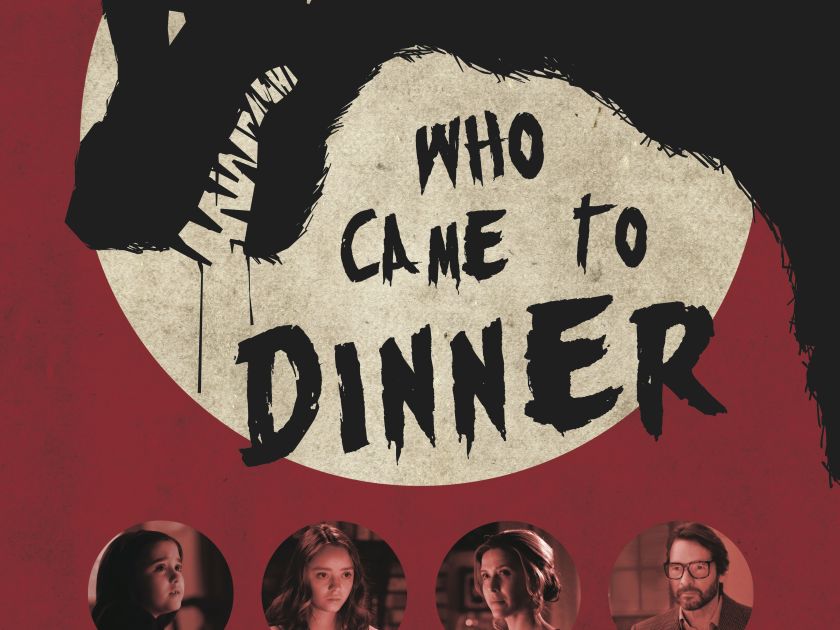 The Wolf Who Came to Dinner made its world debut at the Crazy 8’sGala screening in front of an audience of 1700 to rousing applause! For Director/Writer Jem Garrard, Producer Michael Khazen (and the rest of our hard working cast and crew), the evening marked a night to remember. During intermission, the excitement from the film swept through The Centre with a buzz of activity.

Following the screening of all 6 short films was a Red Carpet After Party at Science World. Guest reveled in the evening, and a member of our team wore the infamous Wolf costume to the delight of partygoers and photographers alike. Look to the event’s media wall for countless photos of the Wolf in action- taking social media by storm!

Behind the whirlwind of social media activity was Dallas Harvey’s creation. Dallas, a Special FX artist, working in both practical and digital effects for over 13 years, created our extraordinary wolf mask for The Wolf Who Came to Dinner. Bringing our werewolf to life included copious hours of design work, lifecasting and sculpting, all before the audience saw the final product on the big screen. I sat down with Dallas Harvey at his Studio located in the Artist Resource Centre to see how it was all done! The ARC is a unique work/live space reserved for dynamic artists working in a variety of different mediums. It’s the perfect home for Vancouver Makeup Effects, a company Dallas founded in 2011.

Growing up in the Vancouver area, Dallas went to Think Tank Training Centre in North Vancouver. Later, he got into traditional sculpture and practical effects, which lead to designing prosthetics and characters. Currently, he’s into 3D developing and printing, but believes in using a combination of tools depending on the project. Creating creatures and characters ever since he was a kid, Dallas was inspired by Comic Books, Heavy Metal Metal Magazine, and artists like Gerald Brom, an American Gothic Fantasy artist.

Tell us a bit about your process and how you created the wolf mask for The Wolf Who Came to Dinner?

“Usually, I start with sketches and drawings, then I go into Photoshop. I’ll go into the computer and digitally sculpt, then I move onto the actual practical sculpture. For the Wolf Who Came to Dinner, Jem showed me some pictures, and I came up with a concept for it. We sculpt based on reference material, so actual photos of wolves, where we study their anatomy. We brought in the actor (Adrian Hough) for lifecasting. Once we had the lifecast, we were able to build the prosthetics, so I sculpted the wolf piece, while Tina fabricated the hair work. We worked together to build the mask and put it all together with the rest of our crew. We also sculpted custom acrylic teeth, fangs in this case, fabricated by artists here in the studio for the vampire, along with custom sculpted eyes and tongue for the wolf. There were three other artists involved as well- so painting and finishing. We fitted it on our actor, then we were good to go!”

What is the most challenging part of your job, and the most rewarding?

There is a lot of work involved, so it can be tedious at times, depending on what you’re doing […] When I want to take a break, I tend to just grab my sketch book and I end up drawing my next character. I like a more whimsical style of fantasy and sci-fi, where you can push it a lot further. We pretty much live and breathe creatures, characters and monsters around here. Working with people like Jem, and other local indie artists, we get to make movies together, and it’s pretty fun. For me, that’s what it’s all about.

Dallas’ work certainly lit up the big screen at the premiere!

Last year, Dallas and his crew worked on another Crazy 8‘s Film, Body Language, where he created the look for the embalmed body. Dallas also teaches sculpture and makeup FX at Vancouver Makeup Effects, teaching four days a week to hobbyists and industry professionals. Look out for his work in the fantastic indie films, Echo and Solomon, and Gord’s Brother. Dallas is also the creator of 7 Demons, a new web series about a half demon avenging his father’s death amidst a world filled with evil.

For the full article from The Sun, visit here.