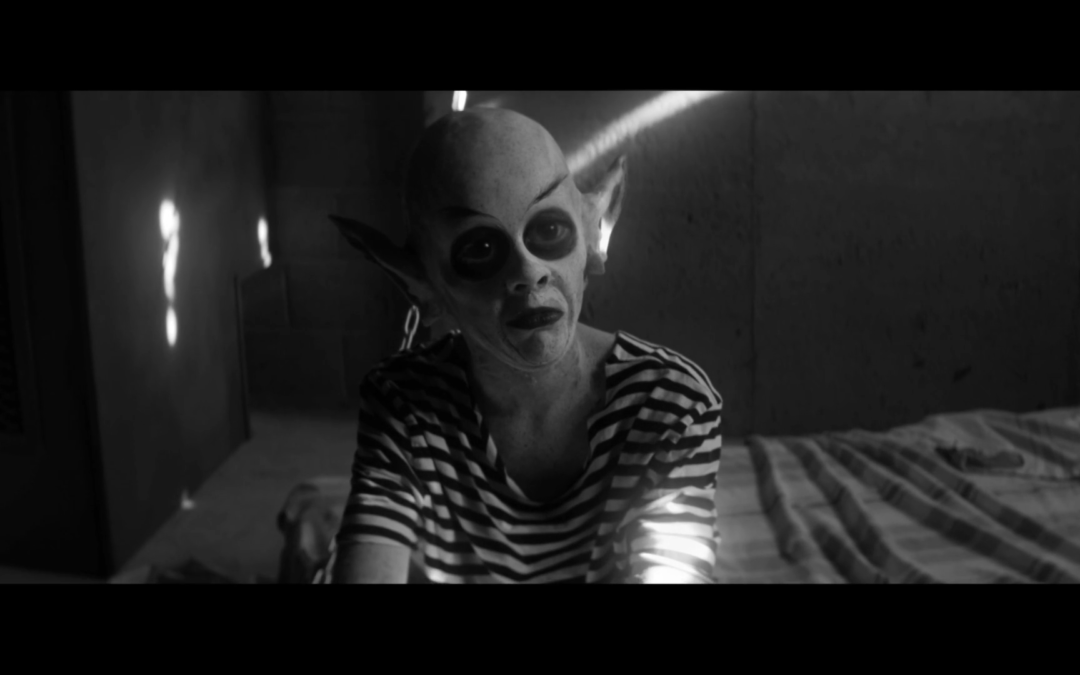 The origin story of Bat Boy, and how his infamous photo in the Weekly World News came to be.

Bat Boy was a short film born out of expanding a music video I did for Fur Trade’s Same Temptation.

I always loved the Bat Boy character growing up, after seeing him appear in the Weekly World News tabloid. The tabloid featured a photo of him shrieking in a cave and I thought it would be interesting to explore how that photo came into existence.

It was a tough video to shoot with the tiny budget we had but, luckily, a lot of people were willing to donate their time and effort out of love for the character.

The makeup artist who did the design and prosthetics was Dallas Harvey. He did a full casting of our actor’s head and sculpted everything from scratch. His talent in prosthetic design and makeup visually brought this character to life.

We were also lucky to cast two amazing young actors in the film. Bat Boy, played by Cameron Andres, and his best friend, played by Sean Quan. The boys worked so well together and had such amazing attitudes.

The music for the film was written by a talented Los Angeles-based composer, Jeremy Nathan Tisser. He did a wonderful job translating my ideas for a traditional orchestrated score into something unique and magical. He called in a lot of favours to record the score with a full orchestra in LA, and it truly made all the difference.

For the full article from National Screen Institute, visit here.